Venture Banners was started in January 2009 with the clear mission of making large format print available to the jobbing printer, enabling him to add this lucrative market to his existing portfolio of services.

Back then, buying large-format print was incredibly difficult unless you were buying large volumes of it, and even then the service and pricing you would receive was inconsistent to say the least.

Before starting Venture, the two Directors, Scott Conway and Wayne Bodimeade were in charge of the marketing for what was then the Dutton Forshaw Motor group (now Lookers). With over thirty dealerships including multiple Mercedes-Benz and Ford dealerships to look after, Scott and Wayne had vast experience in buying print, supplying artwork, general marketing and spent 18 months exploring what looked like this gap in the market.

With large-format machines costing upwards of half a million pounds, a print partner was needed and in the same way a telecoms company will negotiate with BT based on the promise of volume Scott and Wayne did the same with the UK’s premier large-format printers.

And so, giving all printers access to this holy grail of print, and having a clear, consistent menu pricing policy (which was an industry first) Venture Banners was born.

Starting out from an office in Scott’s garage, it was only a matter of months before additional staff and a proper office environment was required. In November 2009 the then team of five moved into a very nice office in Chelmsford.

As the business grew, so did the team and in 2012 the first VUTEk GS3250r was purchased and housed in 7500 sqft warehouse in Witham. Five years at Witham saw the team grow and also the kit with the addition of another VUTEk GS and a 2.5m Zund.

In December 2015, nearing the end of the Witham lease and wanting to expand into textile printing, we bought a 21,000 sqft factory unit in Braintree. It took nine months for the sitting tennant to vacate and to say it was a ‘doer upper’ was an understatement of monstrous proportions. Five months of very hard work followed to get the building up to a suitable standard and we finally moved in 11th February 2017.

The first thing we did in our new home was to purchase more machinery. A 3.2m Zund with an extension table, textile cutter and router was first and an MTEX 3.2m HS5032 dye-sublimation printer was closely followed by another VUTEk GS3250r.

With the MTEX doing a great job printing flags, we wanted to expand further into the textile market and so in August 2018 we had delivered a VUTEk FabriVU 340 and Klieverik calendar unit. To say this has given us an almost unfair advantage in the textile market is another understatement.

Today, the recipe Venture started with still holds true: excellent service and a superb product you can make a tidy profit on. There are now millions of pounds worth of machines and an amazing team of people, from production staff, sales and studio teams, to web developers who are dedicated to working in the background to give all printers the opportunity to benefit from our economies of scale to build a large-format revenue-stream.

To join our customers in the print trade making full use of our services, register for a trade account. 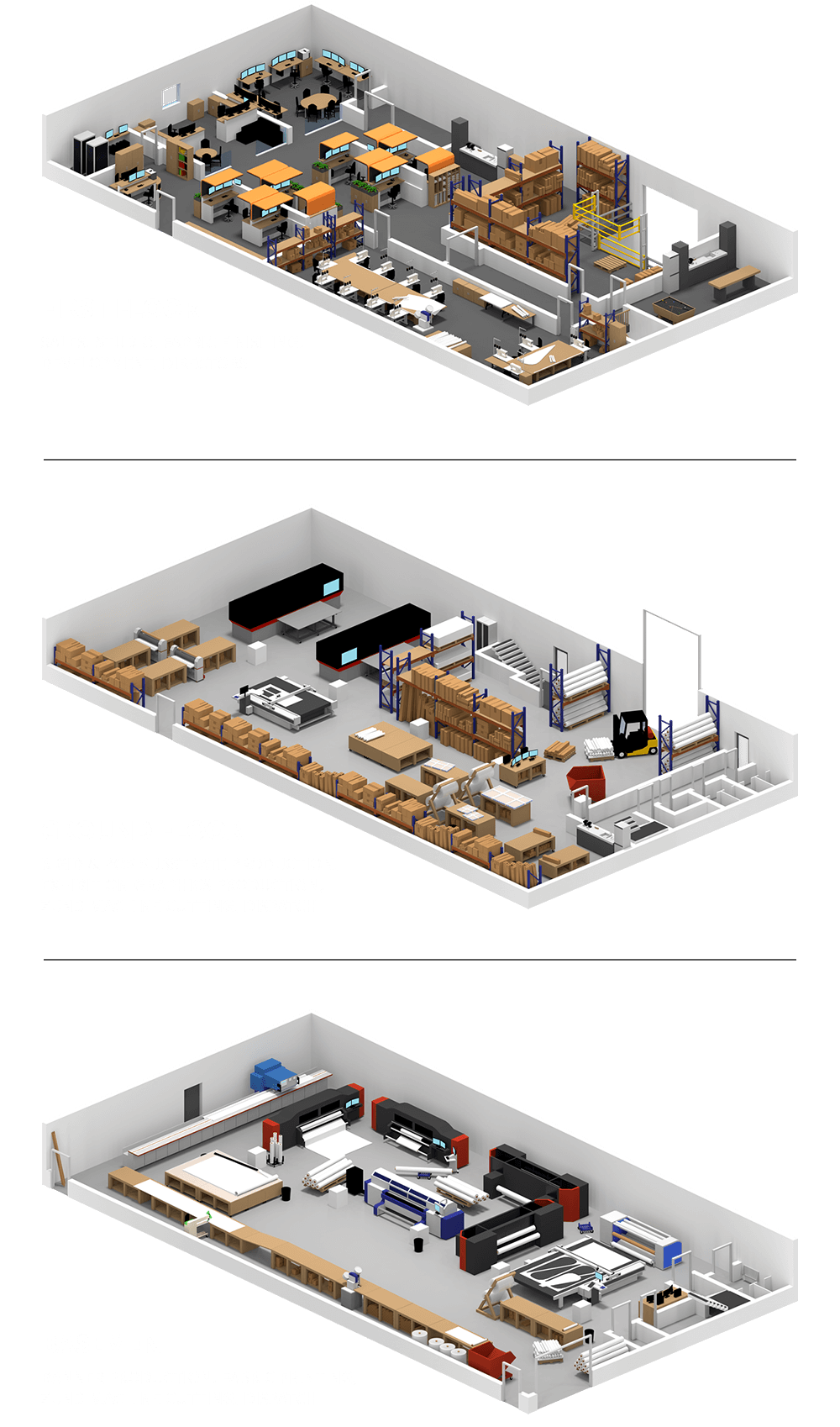 Sorry, our Price Calculator is only available to registered Trade customers.

We are currently closed

Please feel free to email us, and we'll get back to you tomorrow. Our opening times can be found on our contact page.

If you are sending us artwork for an existing order, please include your order ID.

If you wish to send us artwork before ordering, please place an order online afterwards or email us your order details.

Keep Up With Us

Sorry, our Price Calculator is only available to registered Trade customers.